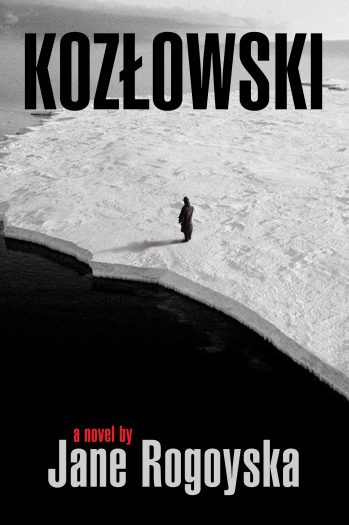 From acclaimed biographer and filmmaker Jane Rogoyska, Kozłowski: a new novel that explores the tragedy of the Katyń Massacre and the pain of post-war
Polish exile. Kozłowski tells the story of a young Polish army doctor whose life is changed forever by a single, mysterious event: the disappearance, in April 1940, of 4,000 of his comrades from a Soviet interrogation camp in Starobelsk, Ukraine. Exiled in post-war London, Kozłowski builds a new life, working to convince himself that the past cannot affect him. In reality, the past is the only place he longs to be. As the silence surrounding his lost comrades deepens, his attempts to submerge his feelings threaten to destroy him. A novel about loss, memory and guilt, written in sparse and elegant prose.
‘In this heartbreaking novel, Jane Rogoyska writes with tragic power about one of the last century’s foulest crimes – Stalin’s mass murder of his Polish prisoners in 1940. In a fiction boldly using real names and events, she brings the victims of Katyń and the other murder sites, together with their families and the handful of traumatised survivors, back to brief life and hope.’
NEAL ASCHERSON 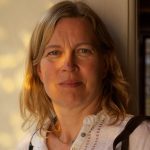 Educated at Cambridge University, writer and filmmaker Jane Rogoyska studied film in Leeds and Poland, going on to make a series of award-winning short films and working extensively as  writer and director. She is the author of the acclaimed biography of the German photojournalist Gerda Taro, who died while
reporting on the Spanish Civil War. Gerda Taro: Inventing Robert Capa (Jonathan Cape 2013) is now in development as a feature film based on her own script. Jane continues to work across different media on creative projects in film, theatre and radio including, in 2018, writing and presenting Still Here: a Polish Odyssey for BBC Radio 4, a documentary about Polish deportees to the USSR who settled in the UK after World War II.

Holland House began in 2012 and our first novel ‘The Absent Woman’ by Marlene Lee was published the following year. Since then we have published over 40 books. We focus on literary fiction and non-fiction, ranging from Nathalie Abi-Ezzi’s Paper Sparrows, set in Lebanon, to Emma Darwin’s This is Not…