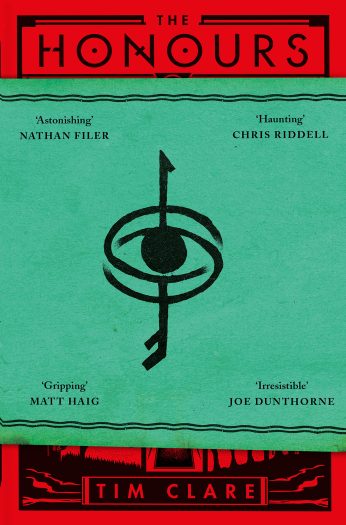 1935. Norfolk. War is looming in Great Britain and the sprawling country estate of Alderberen Hall is shadowed by suspicion and paranoia. Thirteen-year-old Delphine Venner is determined to uncover the secrets of the Hall’s elite society, which has taken in her gullible mother and unstable father. As she explores the house and discovers the secret network of hidden passages that thread through the estate, Delphine uncovers a world more dark and threatening than she ever imagined. With the help of head gamekeeper Mr Garforth, Delphine must learn the bloody lessons of war and find the soldier within herself in time to battle the deadly forces amassing in the woods . . . The Honours is a dark, glittering and dangerously unputdownable novel which invites you to enter a thrilling and fantastical world unlike any other. 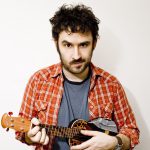 Tim Clare is a performance poet based in the UK. He was born in 1981, and grew up in Portishead, in South-West England. He heads up Homework, a regular poetry night in Bethnal Green and has an MA in Creative Writing from UEA. As a stand-up poet, Tim has performed nationwide including at the Edinburgh Fringe and countless festivals. He has appeared on TV, Radio and has written for the Guardian, The Times, The Independent, The Big Issue and Writing magazine, amongst others. This is his debut novel.

Canongate is an independent publisher: since 1973 we’ve worked to unearth and amplify the most vital, innovative voices we can find, wherever they come from, and we’ve published all kinds of books – thoughtful, upsetting, gripping, beatific, vulgar, chaste, unrepentant, life-changing . . . Along the way there have been…