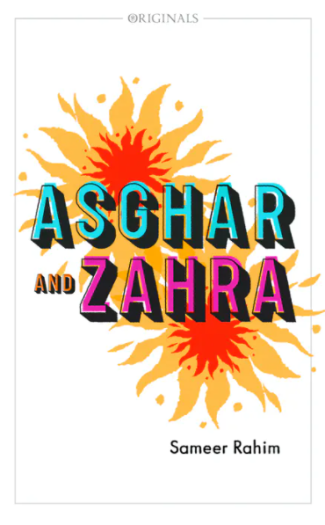 Childhood friends Asghar and Zahra were born into the same British Muslim community in west London. But they grow up into very different people. Asghar is a shy boy nervous of stepping outside his family’s comfort zone, while Zahra is an ambitious woman who has just finished her degree at Cambridge.
The novel opens on their wedding day as friends and family wonder what could possibly have brought this odd couple together. After a comically disastrous honeymoon, painful secrets from the past throw the relationship further off-balance. And then there’s the sinister preacher taking a keen interest in them . . .
A funny, sympathetic and very human novel about the first year of a marriage, and the difficulties of reconciling the sometimes conflicting demands of family, religion and society, Asghar and Zahra is the debut of a striking new talent.

Sameer Rahim has worked in literary journalism for ten years, and is now managing editor of Prospect Magazine, having been formerly arts and books editor. In 2013, his essay In the Shadow of the Scroll: reconstructing Islam’s origins won a William Hazlitt essay prize.