John Murray was founded in 1768, which makes us the oldest publisher in Britain. John Murray II hand-sold copies of Byron to eager crowds from the window of his Fleet Street office. After discovering Byron, the company moved to their historic home in Albemarle Street where they stayed for the next 190 years. Byron helped make John Murray the most fashionable publisher in London and we were the original publishers of Jane Austen, Charles Darwin and Queen Victoria. John Murray made John Betjeman the nation’s favourite poet and sold over two million copies of his Collected Poems; more recently, we’ve published James Frey’s controversial memoir A Million Little Pieces and the novels of Amitav Ghosh and Lloyd Jones. Throughout our history we’ve been doing one thing: finding the very best, original and inspiring writers and publishing their books to the widest possible audience. 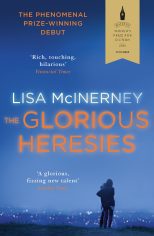