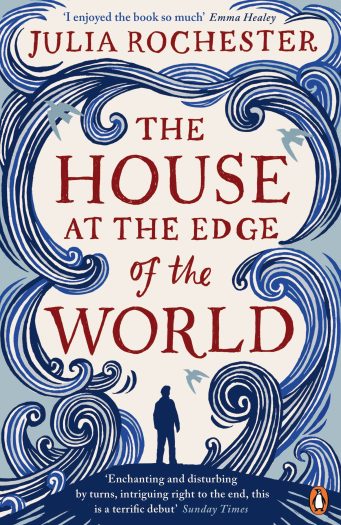 Part mystery, part psychological drama, Julia Rochester’s The House at the Edge of the World is a darkly comic, unorthodox and thrilling debut When I was eighteen, my father fell off a cliff. It was a stupid way to die. John Venton’s drunken fall from a Devon cliff leaves his family with an embarrassing ghost. His twin children, Morwenna and Corwin, flee in separate directions to take up their adult lives. Their mother, enraged by years of unhappy marriage, embraces merry widowhood. Only their grandfather finds solace in the crumbling family house, endlessly painting their story onto a large canvas map. His brightly coloured map, with its tiny pictures of shipwrecks, forgotten houses, saints and devils, is a work of his imagination, a collection of local myths and histo­ries. But it holds a secret. As the twins are drawn grudgingly back to the house, they discover that their father’s absence is part of the map’s mysterious pull. The House at the Edge of the World is the compellingly told story of how family and home can be both a source of comfort and a wholly destructive force. Cutting to the undignified half-truths every family conceals, it asks the questions we all must confront: who are we responsible for and, ultimately, who do we belong to? 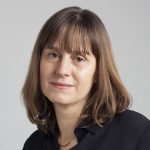 Julia Rochester grew up on the Exe Estuary in Devon. She studied in London, Berlin and Cambridge and has worked for the BBC Portuguese Service and for Amnesty International as researcher on Brazil. She lives in London with her husband and daughter.

Viking is a legendary imprint with a distinguished list of extraordinary writers in both fiction and nonfiction. The Viking Press was founded in New York City on March 1, 1925, by Harold K. Guinzburg and George S. Oppenheimer. Today, Viking boasts bestselling fiction authors like Pulitzer Prize winner Geraldine Brooks, Tana…